It’s spring, the weather is nice, and track season has been well under way…and perhaps you are contemplating joining in on Tuesday Track Nights with your running club friends or have already been doing so for a while. If that’s the case, you most likely have had “interval training” on your mind for one reason or another.

Ever notice how much runners and coaches love to use jargon? When it comes to interval training there’s seemingly no shortage of it. In fact, it can be downright confusing even to those of us supposedly well versed in the parlance. No surprise that confusing jargon has developed among coaches in categorizing or identifying daily training sessions. Sometimes you will hear or read about “cut-downs”, but there aren’t any scissors involved. Maybe you’ve heard of “breakdowns”, but we’re not really breaking down the runner (ha ha). There are also things called “Go’s” where after a specified recovery time the runner begins the next run. There are “Ladders”, “Clocks”, “Pyramids”, “In’s-and-out’s”, and “Repeats”, “Alternations”, “Bottom-ups”, “Top-downs”, and “Bends”. These are all variations on the theme of alternating runs with rest periods. Further confusion occurs between middle-distance and long-distance coaches. For example, some use the term “interval” for the distance run, but others consider it the recovery time between runs. It’s not necessarily a matter of right or wrong, but more an issue over consistency or inconsistency depending on how you view it. 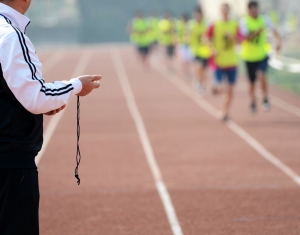 If you’re not interested in history or background, you may want to skip these paragraphs. The modern concept of interval training was originated by German middle-distance athletics coach Woldemar Gerschler who teamed with cardiologist Herbert Reindell back in the 1930s. They found that the cardiopulmonary system responded to repeated brief bouts of stress by becoming stronger and more efficient. By keeping the duration of these efforts relatively short, they found that runners could complete a greater volume of work and at a higher intensity than they could during a sustained, continuous effort. 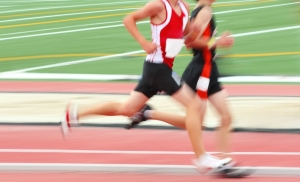 method which would maximize the size, fitness, and efficiency of the heart. Gerschler and Reindell initially carried out experiments with 3000 subjects, each of whom completed a 21-day period of precise heart rate controlled training. They found an increase in the heart volume by one-fifth after this short time period and significant improvements in performance. From this experience they devised a form of repetition training where an athlete would run over a relatively short distance, such as 100m-200m, at a relatively fast pace, and perform this a number of times. Their premise was that you stress the heart with intense running until it reaches 180 beats per minute, after this you allow it 90 seconds to get back down to 120-125 beats per minute.  If you take longer than this to recover, that means you went too fast or perhaps too long on your repeat.  If it takes shorter than 1:30 to recover, then the athlete should begin again once his heart rate hits that point.  Gerschler’s training was done with mostly short repetitions of 100, 150, or 200m in length. In many ways, Gerschler’s training would change how runners trained in the future and be the basis of various training systems throughout the world.  This is where you will first notice the switch from primarily straight continuous distance runs to a heavy emphasis on interval training especially with the middle distances.

However, it was not until the arrival of Franz Stampfl, the coach of the world’s first sub-4-minute miler, Sir Roger Banister, who was responsible for introducing the notion of interval training as we know it today. His training methods contributed to the so-called Golden Era of British middle-distance running of the 1950’s, where three of the first five runners (Bannister, Chataway, Hewson) to break the four-minute mile followed Stampfl’s training methods which were predicated on the focused use of interval training.

Wanting to keep things simple and basic, here is the basic terminology. Running a specific distance for a specific period of time is the interval of running. Chances are you’ll do this several times. Several intervals of the same distance are referred to as repetitions (reps). Following each running interval, a specified recovery time permits a varying amount of rest, either complete or incomplete. Groups of intervals are called sets, and the recovery time between sets is generally longer than the recovery time between runs within a set. Finally, each run is performed at an assigned velocity (specified pace). If the athlete is running as fast as possible that is considered maximal pace. If it is slower than maximal pace it’s submaximal pace, plain and simple. (Martin, Coe; 1997)

The primary purpose of interval training is to maximize aerobic power (VO2max). As we know from the principles of training and specificity, the best way to improve any bodily function is to stress that function. Therefore, to optimize VO2max, the runner must stress the oxygen delivery and processing system to its limit while performing the act of running. So, if you want to improve VO2max, the intensity has to be at or very near VO2max (and maximum heart rate) and the work-to-rest ratio has to be optimized to serve that purpose.

It’s been determined through research that a person can run at VO2max for about 10-15 minutes. However, it’s not desirable to make work-bouts at interval pace last that long. It’s also important to consider that it takes the body about 90 to 120 seconds to build up to VO2max from a complete recovery state. That being said, 3 to 5 minutes is considered a good amount of time to spend running at interval pace. Going for longer than 5 minutes would be too demanding because it is hard to run at 3k to 5k “race pace” X number of times when each of those runs lasts more than 5 minutes. It should also be noted that by not providing too long of a recovery period between hard runs, VO2 will not have had a chance to fully recover, which allows the next work-bout to reach max VO2 in a shorter period of time (it will now take less than 90-120 seconds), which is an important determinant when using work-bouts shorter than 2 or 3 minutes. (Daniels, 2014)

In classic interval fashion, most runners, over time, will strive to shorten the recovery period between reps or sets. However, depending on the intensity and duration, If you rush the recovery too much, things happen, such as:

Because your anaerobic system can contribute energy for only a few minutes at the effort level required by “very intense” run intervals, without a full recovery between sets, you’ll overwhelm this system (the work-bout becomes too anaerobic), and your faster fibers will shut down, causing you to depend more on the aerobic system. When your faster fibers begin to shut down, you’ll slow down and rely more heavily upon your slow-twitch fibers (the work-bout then becomes too aerobic). Since interval training isn’t an effective workout for slow-twitch aerobic development, you’ll defeat the purpose of the workout.

If you’ve been running for a while, you’ve probably heard of Jack Daniels. No, not the Tennessee whiskey. Coach Daniels holds a PhD in exercise physiology, is a two-time Olympic medalist in the modern pentathlon and has over 50 years of coaching elite and Olympic athletes. I had the unique opportunity to meet him a few years ago at GU labs in Berkley, and he was the real deal eager to share his knowledge with coaches and runners alike. The following six criteria are derived from his book “Daniel’s Running Formula”.

Daniels describes the Interval Pace as demanding or hard running, but does not involve all-out running. Daniels also warns that completing intervals at too fast a pace is of no value as the results will be no better than if you had run at the designated pace. In addition, the excessive pace will probably prevent full recovery before your next quality training session. Intervals are without doubt the most demanding training you can do, so you must never do too many. So folks, when you are out there on the track, try to leave with a little left in your tank for next time.

About the Author: Coach Mike 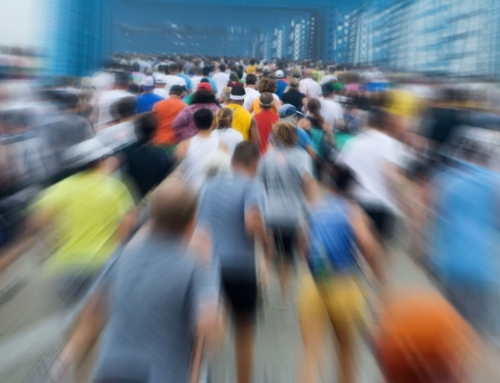 OLDER RUNNERS SHOULD LISTEN TO THEIR BODIES Gallery

OLDER RUNNERS SHOULD LISTEN TO THEIR BODIES 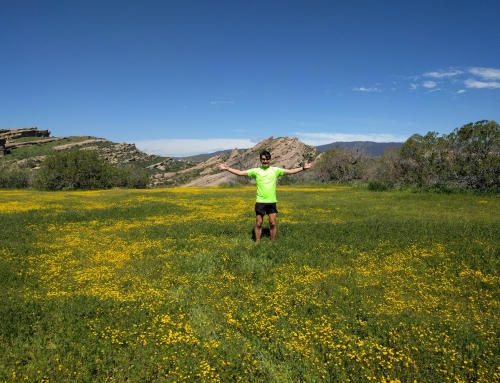 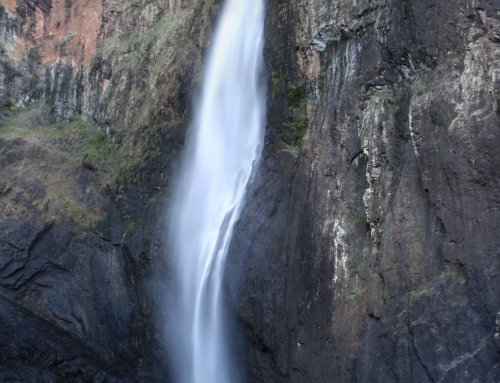 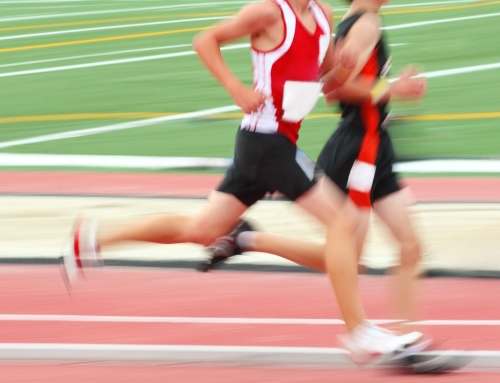 IT’S SPRING: SHOULD YOU CONSIDER A TUNE-UP TO YOUR RUNNING FORM? Gallery

IT’S SPRING: SHOULD YOU CONSIDER A TUNE-UP TO YOUR RUNNING FORM? 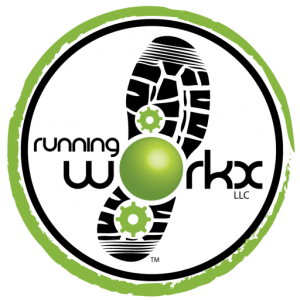 Page load link
This website uses cookies and third party services. Select the types of embeds to which you consent. Settings Ok
Go to Top